Runtown is native of Enugu State in the Eastern part of Nigeria, and was born on August, 19, 1989.

He was quite adventurous growing up. As a boy, he exployed different parts of Nigeria.

He grew up in Abuja, and then moved to lagos where he finished he’s primary school education.

Although Runtown started coming into the limelight after he’s singles” 1960”, and  Baby Answer”, which  made waves in Nigeria however  he wasn’t still very popular and dominant in the Nigerian music industry.

He then collaborated with Davido to release “Gallardo”, which is  his first release in his first studio album ‘Ghetto University’.

Runtown”s Gallardo was he’s upgrading to a whole new level in the music industry as the song went on to win “Besy Collaboration of the year”.

From there on, he was was dropping back to back hit songs as his songs like “Latest”, ”Mad over you”,. “Lagos to Kampala ft Wizkid”, ‘Bend Down Pause’  and many more, were top bangers.

On 23 November 2015, Runtown released his debut studio album titled Ghetto University via MTN Music Plus through Eric Many Entertainment.

As anticipated, the album was a killer and generated over ₦35million on the music portal thus earning him a spot in the list of “Top 5 Most Streamed Artist”.

Just as his fans were still enjoining the grooving in the hot collaboration with davido, Runtown dropped a magical solo hit song that changed his  music career ”Mad Over You”.

So on 4 November 2016, Runtown released the ballad “Mad Over You”, which charted at number 38 on the Billboard Twitter Top Tracks chart.

While speaking to the Fader Magazine, Runtown said that the song was inspired by African beauty.

On the day Runtown had the interview, he was in the studio alongside mode l Adonnis Bosso. 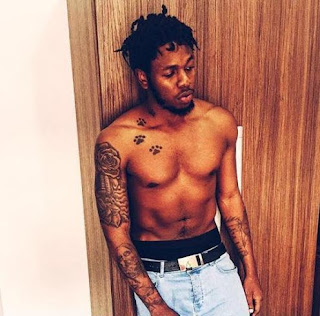 Although singer Ruintown has lived a contrast life as a celebrity, not always making the headline like other celebrities.

Read Also:Biography of Phyno, Net Worth, Babymama And All Songs

But he has since been drawn into serious attention, after a woman from the USA accused him of fraud and making away with her millions.

Runtown’s music management group countered the speech, alleging that it was all a setup to tarnish the image of the decent singer.

Other Controversies the true Ownership of “Aye”

In 2014, there were reports in the media that Runtown wrote “Aye”.

In an interview with the Nigerian Tribune, Runtown said, “A lot of people have been asking me that question”.

“Davido has had a number of interviews where he addressed how the song came about. So if you want to learn more about Aye ask David or read his interviews”.

In 2017, there was a serious heat up between Runtown and he’s record label Eric Manny Entertainment.

All Awards won by Runtown